Results: Both DTPA formulations increased urinary and fecal 241Am excretion 10-fold compared to saline treatment and liver content of 241Am was about eightfold decreased compared to control.

Conclusions: Oral NanoDTPATM capsules are comparable to intravenously administered Zn-DTPA in their efficacy to decorporate 241Am in a dose dependent manner. 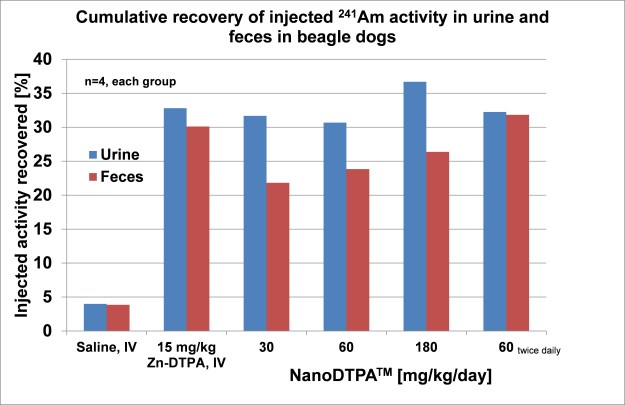