Poisoning occurs when any substance interferes with normal body functions after it is swallowed, inhaled, injected, or absorbed. Depending on the severity, symptoms can appear as a sudden reaction of the body, like in the case of nausea, vomiting, diarrhea, cramp-like abdominal pains, or breathing problems, or there may be serious consequential damage such as cancer or genetic alterations.

The intake of a poison can occur by accident or on purpose. For example, many occupational accidents in corresponding industries lead to unintentional poisoning with heavy metals. The possibility of another disaster in relation to nuclear power plants with the release of large amounts of radioactive materials such as plutonioum, strontium, or cesium into the environment is something we all should be aware of. The danger of intended intoxications with metal radionuclides is evolving rapidly in our globalized world. Already in 2005 the former UN secretary general had said: “The nuclear terrorism is one of the most pressing threats of our time.” In many hospitals, laboratories, and factories, radioactive material like cesium-137 is insufficiently secured in storage and can therefore be easily accessed by terrorists. Scientific research has shown that in cases of radioactive poisoning, immediate treatment can considerably decrease the contamination of the body.

The company HEYL specializes on the treatmeant of poisonings from heavy metals and radionuclides. The type of medication used here are antidotes, that increase the excretion of toxic heavy metals or radionuclides via urin or feces. Inquiries from all over the world show the uniqueness and the medical importance of these pharmaceuticals, especially for accidents involving radioactive substances.

The recommended antidotes for poisonings with radionuclides or heavy metals are shown in the following chart: 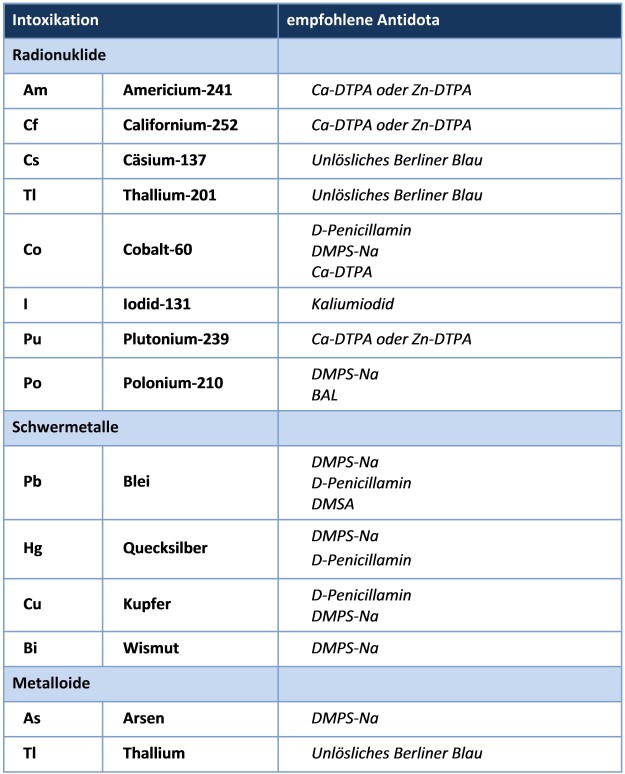 » To the list of poison control centers in Germany

Study design: Elderly women received 100 000 or 200 000 IU of vitamin D3 or placebo orally every 3 months plus 1 g of calcium daily over one year to test intermittent … » More

We regret the current unavailability of the products.