Home » Abstracts » Gaidukov SN et al. 2013; Features of the early neonatal period at children born from mothers with the critical values of mercury in their blood; Mod. Problems Sci. Educat. No. 6

Study design: This study compared several neonatal parameters of babies born by mothers with critical level of mercury in their blood who were either treated (group 1) with (RS)-2,3-Bis(sulfanyl)propane-1-sulfonic acid, sodium salt (DMPS) or stayed untreated (group 2) during pregnancy. Groups 1 and 2 were also compared to newborns (group 3) from mothers with normal mercury blood levels.

Results: Mercury levels in the cord blood were the highest in group 2, difference between group 1 and 3 was not significant. Group 1 showed higher Apgar score than group 2 after delivery and asphyxia was two times less in group 1, obtaining nearly the frequency in group 3. CNS hypoxic-ischemia lesion was 2.7 times as often observed in group 2 as in group 1. 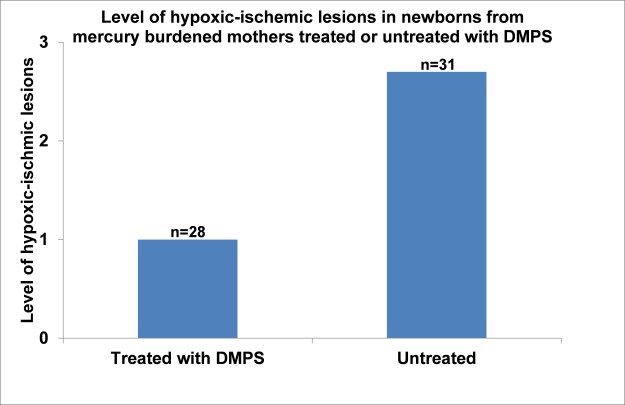 Sulfadiazin-Heyl and B6-Vicotrat will probably not be available until at least the end of December 2020 --- We regret the current unavailability of both products.